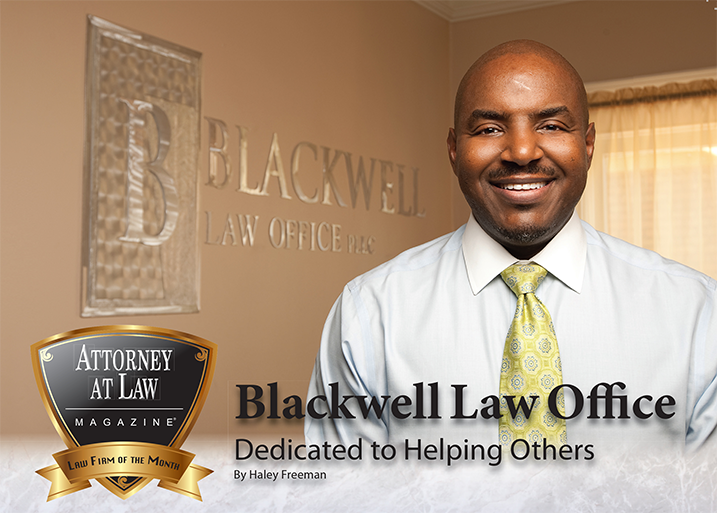 Mr. Jocquese L. Blackwell served in the United States Army as a Morse Code Interceptor and Cryptographic Analyst while stationed at Fort Bragg, North Carolina. He was a part of the unique and dedicated 519th Military Intelligence Battalion of the 18th Airborne Corps. He was honorably discharged in 1994 as a sergeant and squad Leader.

In 2001 Mr. Blackwell was accepted into the Sandra Day O’Connor College of Law at Arizona State University. He graduated in 2004 and received a 2 year Federal Clerk Ship with the Honorable Raner C. Collins, Federal District Court Judge in Tucson, Arizona. He left his clerkship and was hired by John Osborne of Goldberg and Osborne and worked as a products liability attorney.

In 2008, Mr. Blackwell wanted more trial experience, so he applied and received a position with the largest criminal defense firm in Maricopa County. Mr. Blackwell was a very successful trial attorney at that office. He is also an annual instructor at the Annual Public Defender Association’s Conference “APDA” in the area of Gang Trials and Gang Expert Testimony.

Mr. Blackwell is dedicated to defending the rights of others. It was in 1989 when he first knew he would become an attorney. He was 19 years old and had received a civil citation for impeding traffic. Because he knew he had not violated any laws, he decided to fight for his rights in court. He requested a trial by jury and represented himself during the trial. After four long hours of litigation, a sustained objection, and an oral argument on a body of law, he was acquitted of all of the charges. Mr. Blackwell never forgot that experience.

Mr. Blackwell brings to Blackwell Law Office, PLLC a wealth of knowledge and expertise. He is a people person; he is an honest man and will fight for your rights and liberty until the very end.